In the end, worth it 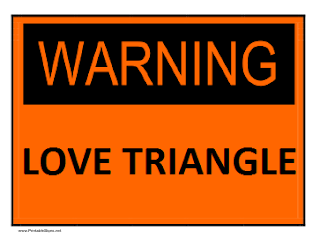 I feel like every book with a goddamn love triangle in it should come with a warning like this so that I know to stay the hell away from them. The triangle in this book almost ruined the whole thing for me. Okay, I’m getting ahead of myself. Let me back this bus up and start from the beginning.

Warning: This is not going to be my usual quick, snarky book breakdown. I have a lot of things to say about this one. Short version is I almost DNFed it but it was worth it in the long run. Read on if you want to listen to me bitch and whine and nitpick.

Let me just go ahead and put this out there and you can all judge me because that’s what people do, we judge. This book is about a rich white chick from an old money family with a shady past. It’s set in on the shores of the Chesapeake, in Maryland. I live in Maryland, on the shores of the Chesapeake, in one of the five richest counties in the country.

I know the people this author is trying write about. Hell, I spent half my life in Cape Cod, where my ancestors landed with the Mayflower and NEVER LEFT. The kids I grew up with were spoiled little assholes from old money, the people I live near now are spoiled old assholes from old money. I know what they sound like, I know what they look like, I know their mannerisms, their habits and their prejudices. So excuse me if I seem critical but this book fails to recreate them in quite a few aspects.

This is the mother of our MC, Sarah, talking. She deferred to men a lot. Maybe they spoke like that in the fifties but these rich biddies today don’t kowtow to men like they used to, especially not when it comes to what they consider to be the deadly serious business of trying to plan a party, as Sarah’s mother was in this scene. These days, they’re just as used to getting their way as their male counterparts and they realize that playing the stupid, helpless female gets a hell of a lot less done than if they simply take hold of the situation and do it themselves. Or more specifically, bark out commands to everyone around them.

At said party, which is Sarah’s sweet sixteen, the most popular punk band in America plays. That’s right. 250 guests, all of which are disgustingly wealthy, well-educated, and incredibly political, because when you live 45 min from D.C. you don’t have a choice not to be, crowded around at a hundred thousand dollar party…listening to punk rock? *snort* Never. Seriously, in real life, NEVER.

There were a lot of other little misses like this but I don’t want to be too nitpicky because when it comes down to it, I felt that the author got a lot of it disturbingly right. Sarah’s mother’s waspishness and how critical she was of her daughter, how cold and detached she was, especially struck me. She was the consummate master manipulator. God, she could have been inspired by my best friend’s mother, a woman that I loathe to this day. I hated reading about her for that very reason.

Another character that struck too close to home was one of the love interests, Richard Hathaway, son of a senator and monumental douche in training. Oh sure, there are hints that he could be an okay person, maybe without the good looks and the money. But the thing is, I know him too and as the MC was ooing and aahing over how “perfect” he was, my fingers were itching to slap her. What about how casually sarcastic he was towards her in front of his guy friends? What about how he kept score of her ‘cool points’ and seemed to be using them to brainwash her into wanting to please him so she wouldn’t lose any? What a Dick (see what I did there?). Her being blind to these things made me like her less than I would have without Richard’s character.

The other love interest is non-caucasion and at first I was so happy because it’s not often that I come across bi-racial couples in YA. His name is Jackson and I loved his character. He was obviously my choice for the MC from the beginning and part of the reason I hated Dickbag McGee so much. But then when it came time to describe other characters of color I got:

A pretty brunette to my left leaned over the top of me to talk to a guy all sharp angles and brown skin, like some Bollywood movie star…

“You went sailing with Dickie?” a dead-ringer for Will Smith asked me.

If they were white we got characteristic descriptions, if not, comparisons. And let’s not forget the fact that her little brother has been diagnosed with autism, yet when some idiot utters the following our MC neither corrects her, nor even thinksanything corrective when it comes to the word choice.

“My dad says all kinds of people have gone crazy in that house,” the girl opposite me added, “and some retarded girl got killed on the front lawn back when he was just a kid.”

All of these quotes happen within a page or two of each other and maybe I’m being hypercritical but this was the point that I nearly quit. The only reasons that I kept going, were that I have an ARC of the second, and the mystery in the book.

Sarah’s grandmother has just died, leaving her mother the massive, and seemingly sentient, Amber House, the oldest home in Maryland. Her mother is dead set on selling it and the longer Sarah is in the house for, and the more eerie resonances she feels, the more she begins to discover why that is. You see, Amber House isn’t haunted, it’s like the house itself has consciousness, and instead of seeing ghosts, what Sarah is shown are the home’s memories. Pretty neat twist, right? I sure thought so.

Sarah thinks that she can save the house when Jackson tells her that there might be diamonds hidden within it, so they go searching for them. At first, this was incredibly creepy because it seemed like every time Sarah touched something, the house showed her things. And not all of these visions seemed friendly. But then it got boring. These were some of the things they found instead of the diamonds:

“A box of empty pickling jars. Boxes of dishes. A stereopticon packed with rows of double-sided pictures. A case of canned food from the 1940s.”

Zzzzzzzzz. WTF? What happened to the progression of the story? It seemed to lose its way several times in the first half of the book. Surprisingly, the second more than made up for it. Specifically, the twist at the very end did. There were a few things that the MC should have worked out had she not had her head shoved up her ass but I’m gonna give her a pass on them because of the difficulties that she was going through.

So 2.5 star it is because even though I’m happy that I stuck with it, I spent more than half the book either irritated or offended.